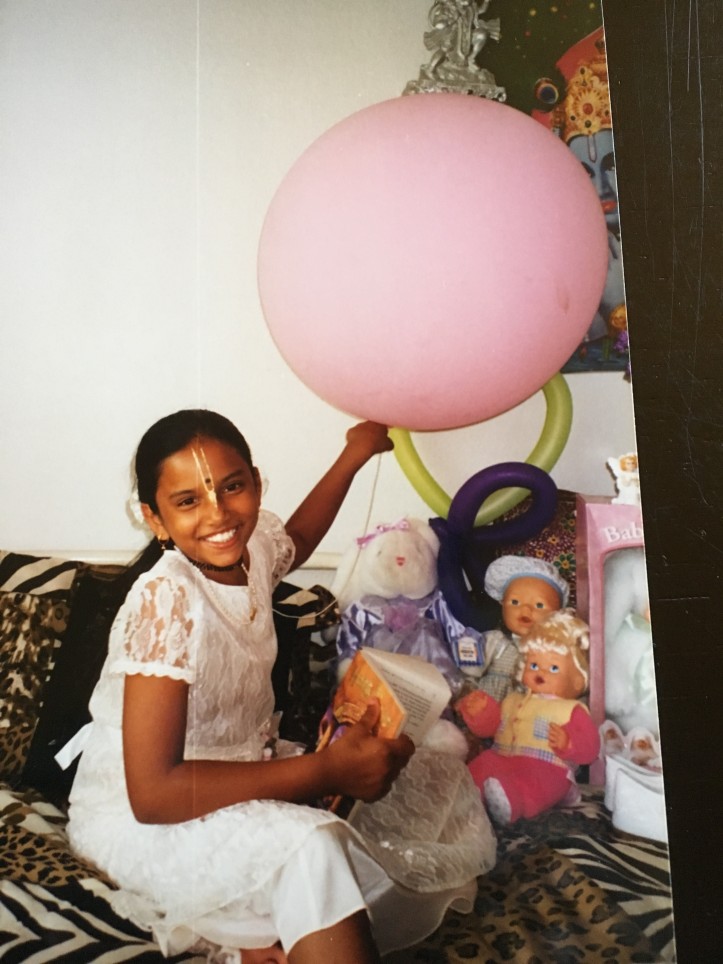 I’ve always been an avid consumer of books, devouring pages until my parents (real story) had to ban me from reading. But it wasn’t until I met Harry that my imagination was completely whetted and my appetite become insatiable. It was the summer of ’99, I had just finished Roald Dahl’s ‘The Witches’ and I had sworn off all contact to anything remotely concerned with witchcraft. As a prize for a successful school year, I was allowed to pick one book and as fate would have it, I picked Harry Potter and the Chamber of Secrets. I opened a page, saw the word “witch” and the book was relegated to the back of my desk. One Sunday, while my parents fussed over guests, I was bored out of my mind, so I pulled out the only unread book, saw the word “Parvati” and lost my mind. I couldn’t believe that a book had a name like mine, the kind you could never find on a keychain. I finished in 3 hours. The internet was in its nascent stages, so it took some time before I learned that this was a series. After much cajoling, I got a chance to read the Sorcerer’s Stone and began the wait for the Prisoner of Azkaban. I grew up with Harry, confronting a world similar in challenges, albeit without magical spells, fantastic beasts and my beloved Hogwarts. The books provided my active imagination with endless fodder; I memorized spells, learned latin roots, convinced myself that I was a witch, slept by the door the night of my 11th birthday hoping to bump into an owl, threatened to leave home for London more than once (hoping the Knight bus would pick me up) and fell hopelessly in love with Daniel Radcliffe. I remember my mum’s resignation when I was caught reading the Goblet of Fire right before morning prayers, “you’ll get over this by the time you’re 15”. Little did I know that so much of my ideology would forever be influenced by this series. Through Harry, I learned about acceptance, generosity, courage, feminism, and love. 18 years later, I’m grateful that J.K. Rowling gave me a love for literature and words, a beautiful world complete with challenges and inventive solutions, and the mantra that “nothing is impossible if you’ve got enough nerve.”