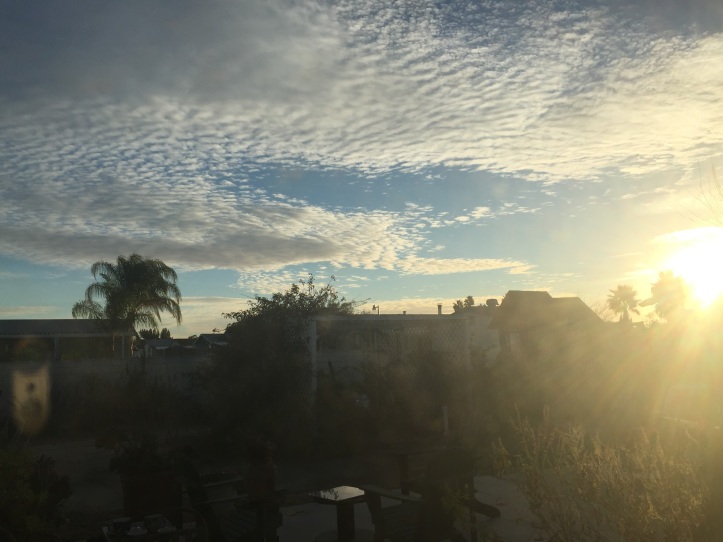 I’ve spent much of my life identifying myself as either from “Los Angeles” or “San Francisco”, largely because the little towns that I’m really from are specks in the grand carpet that is California. Today, I’m grateful for my roots in a small, California desert town, Moreno Valley. For the longest time, all my city had going for it was the March Air Force Base which wasn’t even a nationally known thing until Obama decided to land here instead of in Palm Springs last year. I’ve spent the last couple of days avoiding the sun as best as I can (its 107/41, I’m brown, I burn, yeah not happening), lounging on the couch, catching up on new film releases, avoiding cockroaches, eating home cooked meals and singing my mother bad renditions of good songs. Growing up, the “real world” always seemed like this elevated, pronouncedly different place from home that was attainable through hard work. And in many ways it is. But thinking that city life, steeped in excitement and cramped with the possibility of youth is somehow superior to our simple hometowns, or even the idea that someone living in a big posh city is economically, socially or intellectually superior to the small town folk – it’s wrong and we perpetuate this by continually fleeing. I’m starting to see that knowledge, academic or experiential, tends to be similar, accessible by respect anywhere. I remember the subconscious feeling that moving to Berkeley meant that I would be surrounded by people who would help me grow in ways I would never have back home and how that would elevate my status. But then home, my small, hot Moreno Valley, is where I formed the majority of my je n’ais se quoi. The hours spent curled up reading books, the homeschooling, the unbridled imagination that drew up a cast of characters rooted in the ones I knew, the long, character -building drives all around California, the abundance of fresh produce and the feeling of comfort because, well, this was familiar. Mum always says grow where you’re planted and I’ve been lucky to have some pretty special flowerbeds to sprout from. At the end of the day though, there is no place like home.